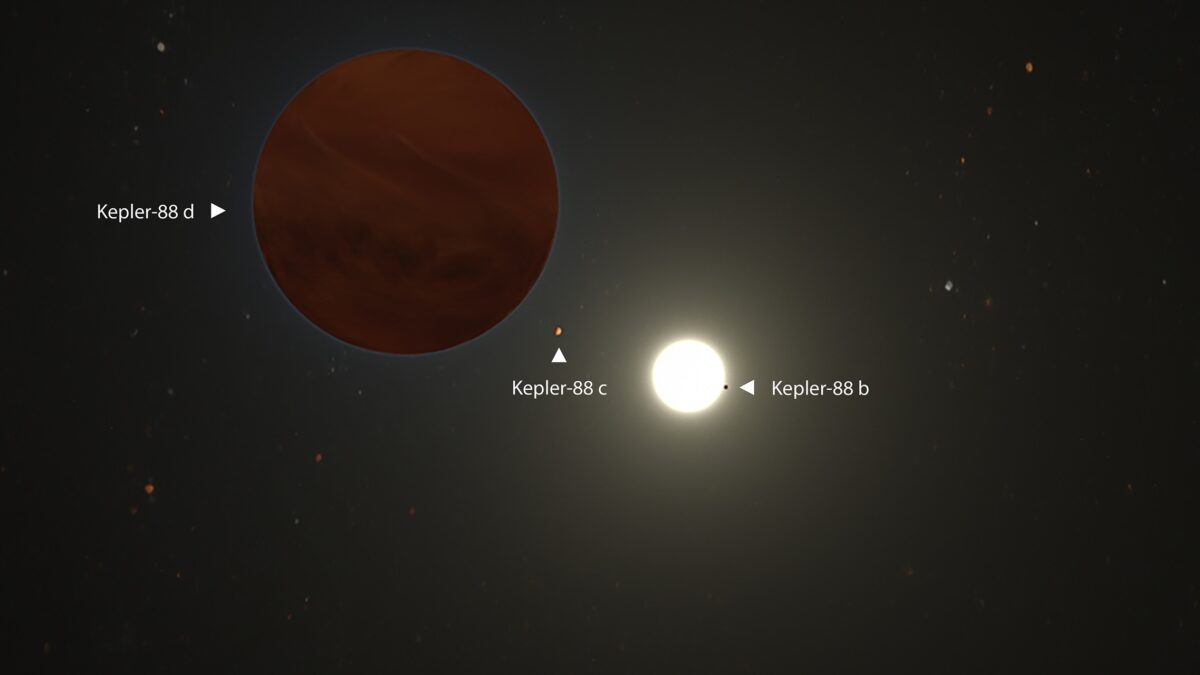 A team of astronomers using the Keck Observatory on Maunakea have discovered a planet three times the mass of Jupiter in a distant planetary system. This new planet, named Kepler-88 d, is the most massive planet in the Kepler-88 system, and takes 4 years to orbit around its central star. The astronomers show that, analogous to the role Jupiter plays in our own solar system, this new planet’s gravitational influence may have fundamentally affected the history of the Kepler-88 planetary system. For instance, Kepler-88 d might have promoted the development of rocky planets and directed water-bearing comets toward them, much as Jupiter is thought to have sent a cascade of comets that delivered water to a young Earth. 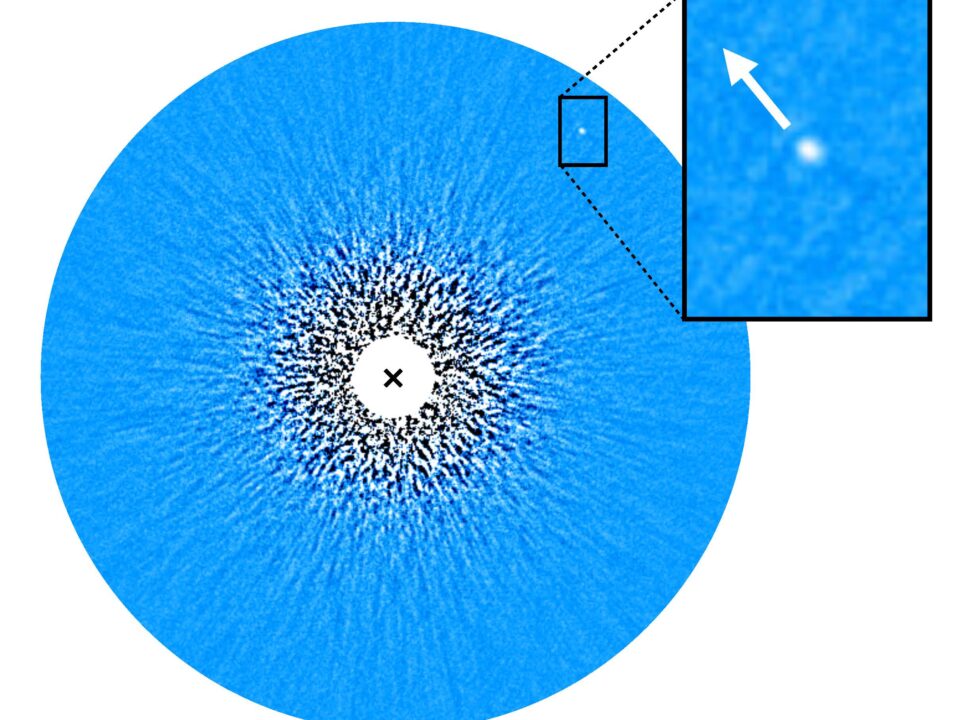