The Discovery of 20 New Moons Gives Saturn the Record 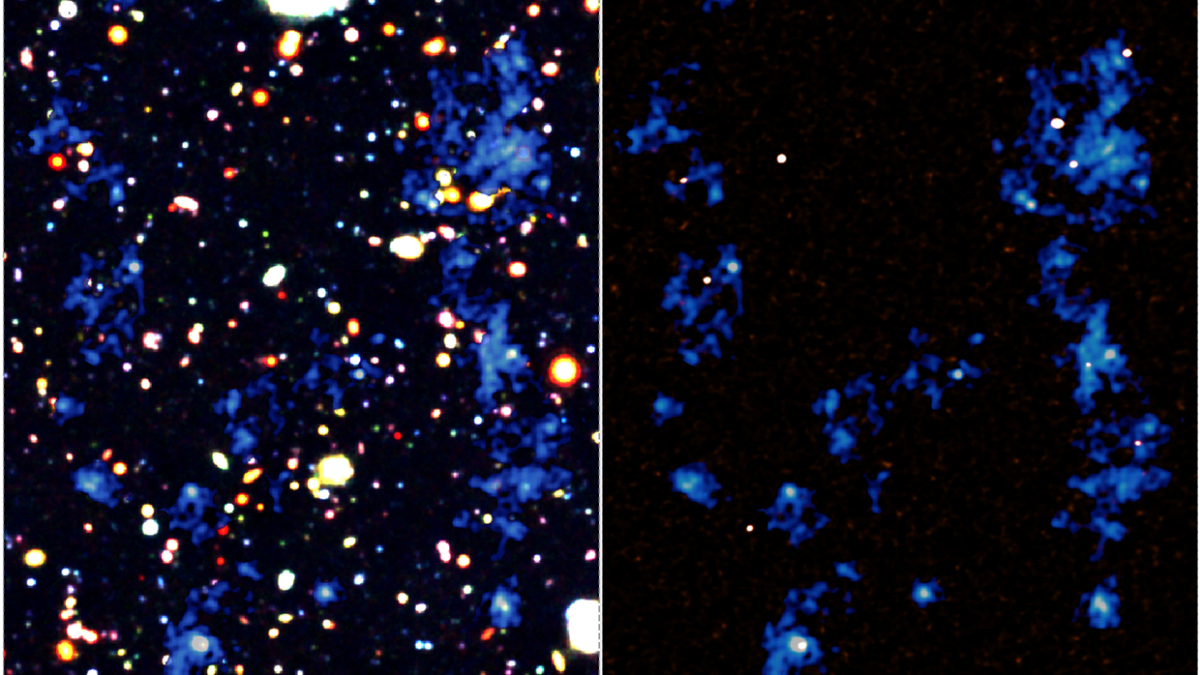 Maps of gas filaments. For both panels, identified gas filaments are shown in blue color. The background maps are an optical image taken with the Subaru Telescope (left) and a millimeter-wave image taken with ALMA (right). It is found that there are extensive gaseous structures and cosmic web filaments (left); and that the filaments connect a number of starbursting galaxies (right). (Credit: RIKEN)

An international group of scientists has used observations from the Subaru and Keck telescopes on Maunakea to observe enormous filaments of gas in the early Universe, extending over more than 3 million light years. By focusing on a massive cluster of galaxies located about 12 billion light years away in the constellation of Aquarius, the scientists were able to create a detailed map of these gas filaments. They found that the filaments happen to intersect at the locations of supermassive black holes and galaxies actively forming stars. These new results suggest that gas filaments in the early Universe provided the fuel needed for galaxy formation and the growth of super-massive black holes.

Learn more about the research in the Subaru Telescope and Keck Observatory press releases.