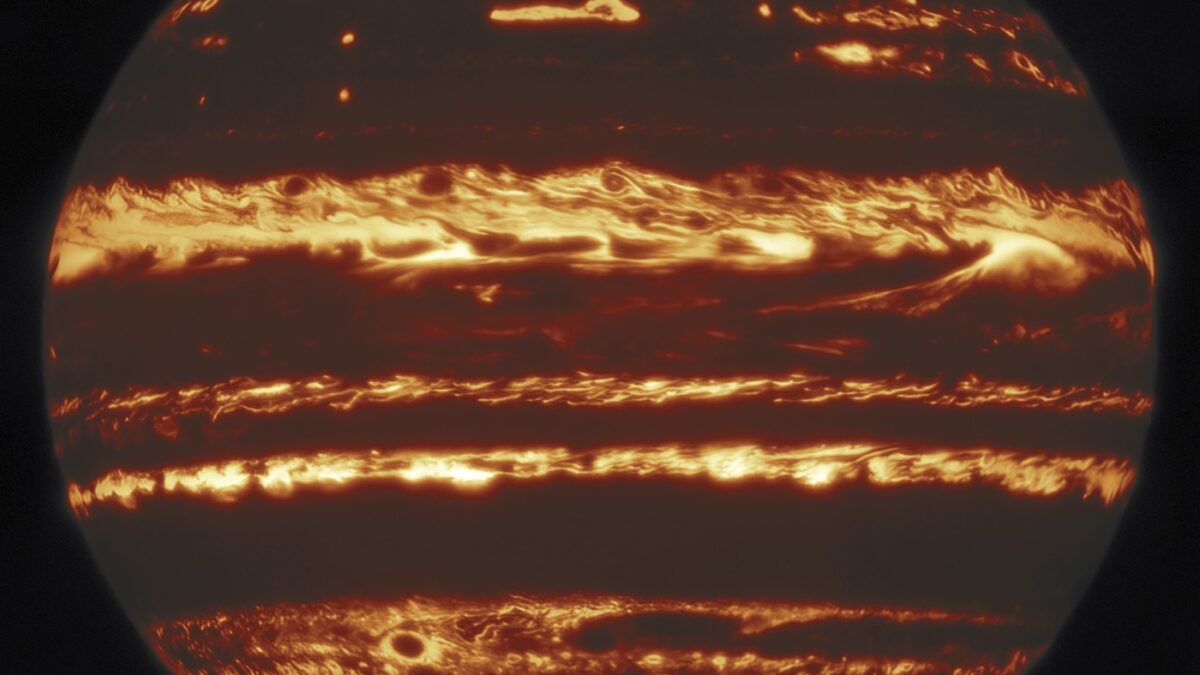 Researchers using the Gemini North Telescope, in combination with the Hubble Space Telescope and observations from the Juno probe at Jupiter itself, have collected some of the sharpest images of Jupiter ever obtained from the ground. Their observations revealed that dark spots in the famous Great Red Spot are actually gaps in the cloud cover and are not due to cloud color variations. Using a technique known as “lucky imaging”, the images also revealed that lightning strikes, and some of the largest storm systems that create them, are formed in and around large convective cells over deep clouds of water ice and liquid.