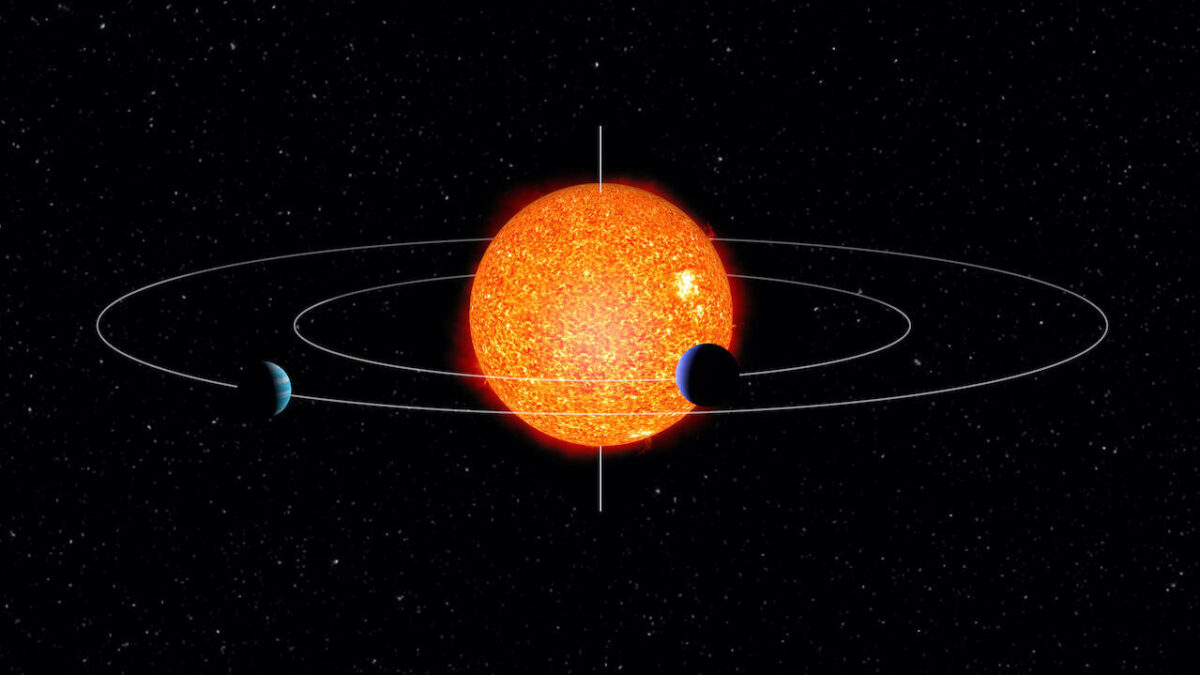 Conceptual illustration of a young planetary system orbiting near a star other than the Sun (Credit: Astrobiology Center)

A team of astronomers have used the Subaru Telescope, located on the slopes of Maunakea, to precisely measure the dynamics of two young planets outside our solar system. Each of these planets are about the size of Neptune, and are currently in the early stages of formation. To date, the search for planets orbiting stars other than our Sun (known as exoplanets) has mainly been focused on older star systems, as these types of stars do not typically show surface activity (such as flares and starspots), making it easier to identify orbiting bodies. However, identifying planets near young active star systems, in the early stages of formation, is incredibly important as primordial information about the origins of planetary systems is encoded within these young systems. For instance, theories predict that the orbital inclination of a planet (or the the angle between the orbital axis of the planet and the axis of rotation of the star) will change over time due to gravitational interactions between the planet and the star. However, of the 100 planetary systems with this measurement so far, none are orbiting young active stars. In this study, researchers made the first orbital inclination measurements of two young exoplanets, allowing them to take an important step forward and begin to compare observations to theoretical predictions.