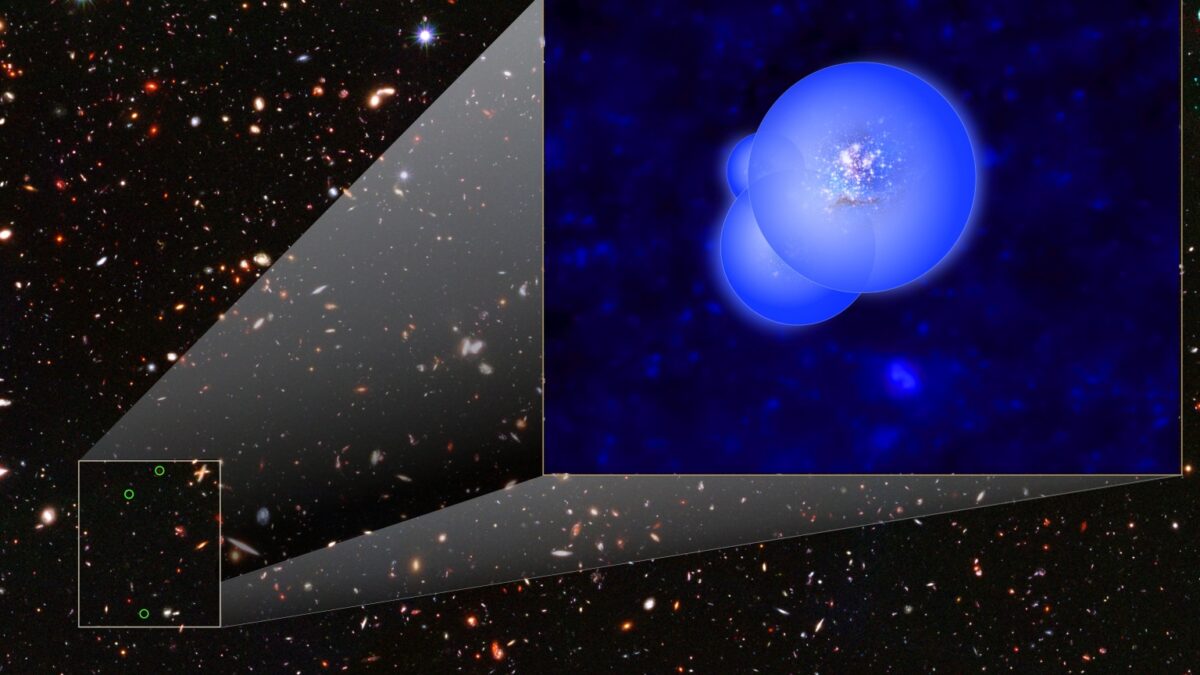 An international team of astronomers has used the Keck Observatory on Maunakea to identify the most distant group of galaxies identified in the Universe to date. This trio of galaxies (called EGS77) are participating in a sweeping cosmic makeover called reionization. The reionization era dates back to a time when the universe was only 680 million years old (less than 5% of its current age of 13.8 billion years), and began when light from the first stars changed the nature of hydrogen throughout the universe in a manner akin to a frozen lake melting in the spring. This process transformed the dark, light-quenching early cosmos into the one we see around us today. Read more in the Keck news release here.